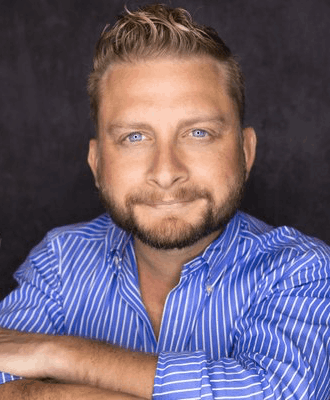 Scott Godsey started his musical career as an artist singing with his family group in Indiana. From 2 weeks old to age 20 he traveled every weekend until he finally reached Nashville, TN. His first tenure in the music business was with MorningStar Records and the Eddie Crook Company as a music publisher and eventually started producing recordings for artists while becoming the VP of the label. It was there where Godsey put the entire catalog online in 2006 as one of the first Gospel Music catalogs available for downloads worldwide that he would later purchase and own. He also acquired the company’s publishing company.

A few short years later he did a joint venture with Homeland Entertainment Group running three different labels. It was there in 2010 when Godsey knew he needed to shift directions from a traditional record company model and started producing TV shows and music videos to create content for the internet and reach people in their homes with Gospel Music.

Godsey and Associates was birthed to be a production company focused on marketing content. The first year in operation Godsey hired the top production companies as sub-contractors and learned what would work best for his artists. Godsey launched his second nationally syndicated TV show during this time, The Music City Show. After 7 successful seasons airing on 11 different networks including three general market networks Godsey decided to dip his toes back into music creation.

Daywind Records called and Godsey accepted the position as V.P. of Daywind Records and Director of Artist and Repertoire. After re-signing the core artists he signed several headline acts to create one of the most powerful artist rosters in the history of Gospel Music including: Jason Crabb, Mark Lowry, Michael English, Hoppers, Bowlings, Legacy Five, Greater Vision, LeFevre Quartet, Karen Peck and New River, Greater Vision, Nelons, Blackwood Brothers, Brian Free and Assurance, Tribute and many more. He focused on developing a few new artists such as Joseph Habedank and The Sound who have the current number one song that Godsey also produced. The innovative promotions and online marketing with visual content moved Daywind in an even more powerful position. Godsey also created a concert division with multiple tours and special events and produced multiple TV shows for TBN and another hit TV show with Daywind Concert Series. Godsey produced the current audio albums for Wilburn and Wilburn, Crabb Family, Adam Crabb, Jason Crabb, Misty Freeman, and the Sound, having the number 1 and number 2 (Crabb Family) song in July.

He also ran celebrity cruises with the Music City show cruise on multiple cruise lines. In 2018 he traveled around the globe to create another corporation with World Catalyst Solutions with Jason Clark. While it is ultimately a donor acquisition company, for Non-Profit organizations it created an opportunity for non-traditional revenue for over 40 artists touring the country and have spread the Gospel all over Asia with over 20,000 radio devices.

Two years ago he created a new corporation that would purchase a first class recording studio and create a visual studio along with 8,000 square feet to launch his next venture. Zenith Studios has been renovated and completed with all new high-end recording gear and software and has one of the best Pianos in Nashville.